Hands down the worst motorcycle trip I have ever been on. Almost 9 days of rain, fog, and cold. Don’t let the cheerier photos below fool you. They were but mere moments of respite from the vengeful skies.

With a 9AM scheduled departure from Richmond Hill I had to leave Kingston at around 6AM and I was in for an 840km day, my longest single day to date. And I had had a shite sleep the night before.

We met up at our first planned stop, a Tim’s somewhere up highway 400. Shortly after leaving that first stop the rain started up and stayed with us all the way to Thessalon. But the day ended on a decent note with a very nice if somewhat chilly lakeside dinner.

Rear tire seems to be a bit low on air.

Woke up to rain, and it did not let up. Rain and fog for about 540kms, coupled with the surprisingly twisty roads from Thessalon to Terrace Bay. This would have been a pretty choice ride in nicer weather. That’s me up there in the fog.

There were some good moments though.

Topped up my rear tire again. So weird.

More of the same. Heavy fog and overcast skies. The weather let up by the time we got to Ignace and we enjoyed some sunshine on the lake.

That was until an absolute monster of a storm rolled across the lake right at us. Howling winds, torrential rains, a 10 - 15C drop in temperature. Decent sunset after the storm though.

Oh right, this is when I finally discovered the nail in my tire.

We were supposed to head to Pickle Lake today. Instead my buddy and I backtracked to Thunder Bay to have my tire patched at Excalibur Motorcycle. My buddy’s In-laws were with us on this trip, driving their “chase truck” so they continued on to Pickle Lake with my buddy’s Wife.

Of course, a massive storm rolled in while we were at Excalibur and dumped on us most of the way back to Ignace. It did break about 3/4s of the way back and we had another decent lakeside sunset.

Finally off to Pickle Lake. When we arrived it was cloudly and the wind rolling across the lake directly at us was absolutely brutal.

The Pickle Lake Hotel has a fun little Tiki patio on the water. That was supposed to be our mid-trip break, a chance to have some adult beverages and relax, but nothing doing. We were holed up inside.

If you ever head up this way, don’t fooled by Google. It’s only about 3.5 hours from Ignace.

Leaving the next morning it was windy and colder still. More of the same. Cold, rain, wind. Spent the night at the English River in. The proprietors were cooking up some manner of east Asian curry dinner and by thunder did it ever smell good. I should have asked if they had any leftovers.

I mean, I’m just repeating myself over and over, right? To Longlac for a night at an absolute dive of a motel, then Kirkland Lake and much better accomadations.

On our last day, riding home from Kirkland Lake, it finally warmed up and we had a decent ride. I decided to pull another long haul and rode all the way back to Kingston, rather than doing an overnight in Richmond Hill. I really just wanted to get home. And doing so gave the the opportunity to take highway 17 all the way to Pembroke which I hadn’t done before. 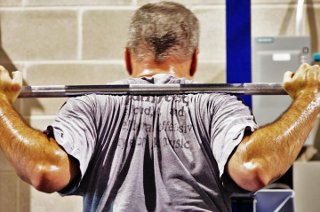